Question: What is the truest definition of Globalization?

Answer: An English princess with an Egyptian boyfriend crashes in a French tunnel, driving a German car with a Dutch engine, driven by a Belgian who was drunk on Scottish whiskey, followed closely by Italian Paparazzi, on Japanese motorcycles, treated by an American doctor, using Brazilian medicines!

And this is sent to you by an American, using Bill Gates' technology Which he enjoyed stealing from the Japanese. And you are probably reading this on one of the IBM clones that use Taiwanese-made chips, and Korean-made monitors, assembled by Bangladeshi workers in a Singapore plant, transported by lorries driven by Indians, hijacked by Indonesians, unloaded by Sicilian longshoremen, trucked by Mexican illegal aliens, and finally sold to you.

That, my friend, is Globalization! Finally, an explanation in English. 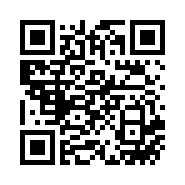